The following is an excerpt from a larger piece, by myself, published by Human Resource Research. What do you think?

As a former college athlete, I have found myself in a unique position. For many years, in my positions as a manager and as a faculty member, I have heard about the importance of hiring athletes because they bring certain motivational orientations and outlooks to the workplace. This assumption, while it has intuitive appeal, has never been tested.

A few years back I was preparing for my first ultramarathon trail run. Ultramarathon trail runs are generally 35 km+ trail running races that include a significant amount of elevation change. This race, like many marathons, required almost a years’ worth of dedicated training. Being a former athlete this seemed entirely reasonable. At some point during that year I concluded that if anyone can complete a 35 km+ race at 7,000 feet above sea level with 5000+ feet of vertical gain (some 100 km races will exceed 12,000 feet of vertical gain), it may be reasonable to assume that the same person can persevere and easily overcome workplace challenges. From a hiring manager’s point of view, I would certainly want to add someone capable of working through the mental and physical challenges of completing such a run to my staff. Wouldn’t you?

In recent years there has been a renaissance of interest among scholars concerning the impact of various work-related constructs i.e. behaviors, intentions, attitudes, etc. in an attempt to more closely anticipate or predict desirable work outcomes (Lion & Bolinger, 2016). Of my own particular interest is the persistent gap that exists between scholarship and practice. The belief in the value of the skills and behaviors obtained through sports experiences is particularly popular among practitioners. A quick internet search reveals many of these propositions, such as Why You Should Hire Athletes (Frankel, 2015) and 3 Reasons You Should Hire an Athlete Today (Fliegel, 2015). Additionally, casual conversations with organizational leaders and hiring managers reflect a bias towards hiring people with athletic backgrounds. When I share with them that I study motivational outlooks and that I am curious about the athlete-to-organization transition, their bias and preference for athletes and sport participants often emerge with “I will always hire an athlete over a non-athlete” or, in the case of www.athletenetwork.com’s website “By nature, athletes are driven, motivated, and competitive. The same traits that make you successful as an athlete are the same traits that translate to success in the professional world” (n.d.). Yet, when you look to the research literature, the findings are sparse and inconsistent.

A 2011 study of higher education employees engaging in a university-sponsored sports competition program was not able to substantiate a relationship between sport participation and work performance (Hashim et al., 2011). However, a study by Wattles and Harris (2003) did demonstrate very interesting corollaries between fitness levels and perceived productivity, job satisfaction, and absenteeism. They found that job satisfaction was influenced by one’s level of cardiovascular endurance, productivity was related to the level of muscular strength, and absenteeism trended when assessed against an employee’s level of muscular flexibility (2003).

While correlation does not always lead to causation, the latter study presents some interesting findings and is one of only a very few studies that have attempted to study the relationships between athletics and work.

While still limited, more research has focused on elite athletes’ (i.e. Olympic level) ability to transition into the workplace. Barker et al. discovered that certain behaviors and practices necessary to be high achieving athletes actually presented problems when transitioning to the workplace, such as the constant need for feedback and the requiring of a highly structured and controlled environment (2014). This is the exact opposite of what most hiring managers desire in new employees. Stepping further away from the work domain we find an abundance of research that attempts to demonstrate the benefits of exercise on affect and depression (Yan et al., 2015), anxiety (Anderson & Shivakumar, 2013), cognitive viability (Prakash et al., 2015), etc.

While the conversation concerning the relationship between sport and workplace can be quite broad and include aspects of sport spectatorship’s (professional sports) impact on the work environment and work relations, this paper will aim to narrow its focus to proposing a framework that could be used to test the practitioners’ assumptions of the inherent value and impact non-elite athletic experiences have on the workplace. I encourage a research path with the goal of better understanding the relationship between athletic experiences and desired workplace behaviors. My overarching research question is: To what extent, and in what forms, do working professionals draw upon behaviors learned/developed during their concurrent/recent extracurricular athletic/sport experiences?

About the author: Dr. Rob Lion is a professor, researcher, and consultant that focuses on improving work experiences through the use of evidence-based practices. Rob and his wife, Angie, own Black River Performance Management (https://blackriverpm.com) where they provide a broad range of services ranging from corporate consulting and cultural growth to hiring, training, and managing change. Rob may be reached at info@blackriverpm.com. 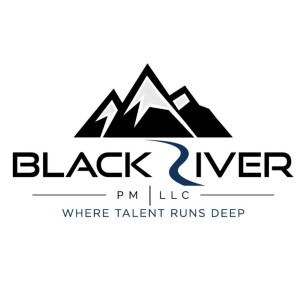 Dr. Rob Lion is a professor, researcher, and consultant that focuses on improving work experiences through the use of evidence-based practices. Rob and his wife, Angie, own Black River Performance Management where they provide a broad range of services ranging from corporate consulting and cultural growth to hiring, training, and managing change. Rob may be reached at info@blackriverpm.com.
All Posts »
PrevPreviousWhy the Last Thing We Need to be Doing is Watching the Debates, or Discussing Who Won
NextDo You See What I See?Next